An award & a couple of pics

No card from me today, can you believe I havent done any crafting at all for 3 days!!!!. Must get back and get cracking have a few cards that need making but just done feel the vibes.
Firstly I have been given this award off some of my fabby blogging buddies, which was really kind of them to think of me so thanks girls. 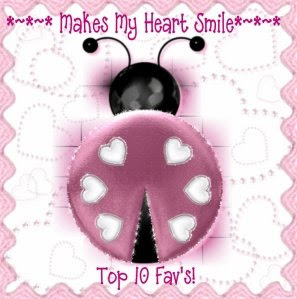 Secondly I thought I would show you a couple of pics of my gorgeous Abbie. They were taken on Friday (rednose day). In the top picture she is seen in her HSM costume, she really loves these films and has the CD's as well. She was dancing around shaking her pom poms, she looked really cute and was making us laugh so much with her little routines after which she would hold the pom poms up in the air and go TA DAAA!!!!!!.
The other pics are of her in her PJ's dancing around with her red nose on. She has only got a little nose and it kept falling off, she was getting so angry with it and was walking round with her nose constanly pointing upwards. 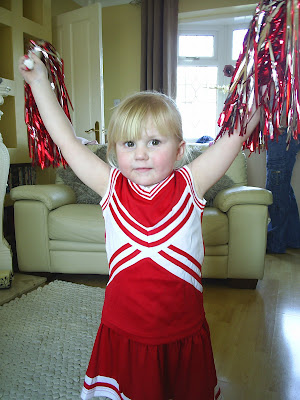 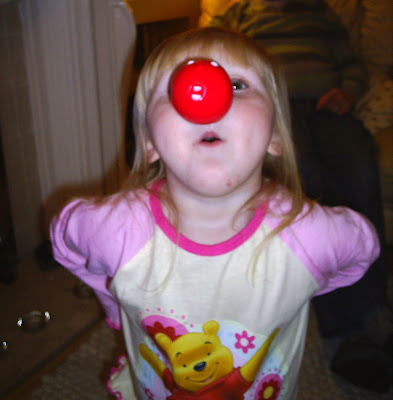 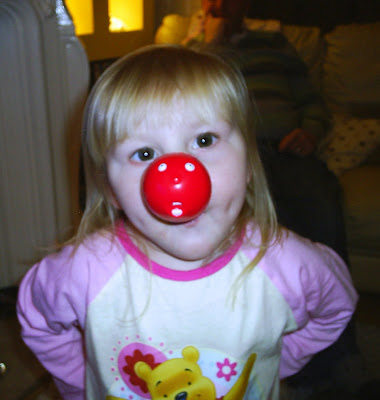 There are no pics of Oli as he is too cool to have his pic taken with a red nose on!!!. He did however dye his hair red for school.
Lyndsey xx
Posted by The Crafty Blonde at 18:52

Congrats on the award, aww your daughter is so cute,DENISE X

oh Lyndsey what a little darling, she is sooooo cute luv her, fabby pics hun, sue.x

Awww Lyndsey, your little girl is such a cutie!
Hugs Lynsey:)

congrats on your awards and bless your sweet little lady. luv gina xx 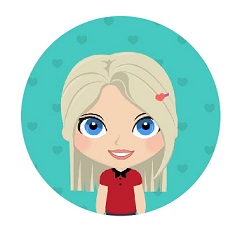 All content including text, photographs and design work are © Lyndsey Turner. All rights reserved. These designs are shared for personal inspiration use only. Designs may not be copied for the purpose of publication or contest submissions. Thanks for your support!